Craighead House finished its programs for 2022 on a high note. Now is the time to help make future programs possible by supporting Craighead House. Click on the Be A Friend tab to donate on-line or to get our mailing address.

Welcome to Craighead House, Home of the Craighead Naturalists

Craighead House is historic for its architecture, but more so for what happened within its walls and on its landscape. This late-Victorian home near Boiling Springs, PA, is where Frank Craighead, “Scholar of the Everglades,” was born and raised. His daughter, Jean Craighead George, Newbery Award-winning author of children’s books about nature, began her prolific writing career here.

Jean’s twin brothers, John and Frank Jr., developed their interest in nature and pioneered falconry as a sport in the United States during their summers at the house by the Yellow Breeches Creek. “The Twins” were significant contributors to National Geographic Magazine and other publications. Their groundbreaking research helped save the grizzly bears in Yellowstone Park. And they were instrumental in drafting federal legislation to protect the character and value of free-flowing rivers and streams (Wild and Scenic Rivers Act of 1968).

In 2012, Craighead consisted of a deteriorating structure beside a trout stream. Today, it stands for a legacy built on a unique family’s love of nature. Many generous friends and dedicated volunteers have helped to protect and restore Craighead House. Please consider supporting the effort to preserve Craighead House and the passion that motivated generations of Craigheads.

Craighead House Committee Corporation (CHCC) is a 501(c)(3) non-profit organization that was created to preserve the house and transform it into an educational center promoting nature, the environment, the arts and local history.

Thank you for your interest!

The House Craighead House is a unique late-Victorian home near Boiling Springs, PA where Frank Craighead, “Scholar of the Everglades,” was born and raised. His daughter, Jean Craighead George, began her writing career at Craighead House. Jean was… Read More

The significance of Craighead House (built 1886) is its association with the Craighead family of scientists, conservationists and authors who lived there. The house’s setting on Yellow Breeches Creek was the inspiration and launching point for their lifelong… Read More 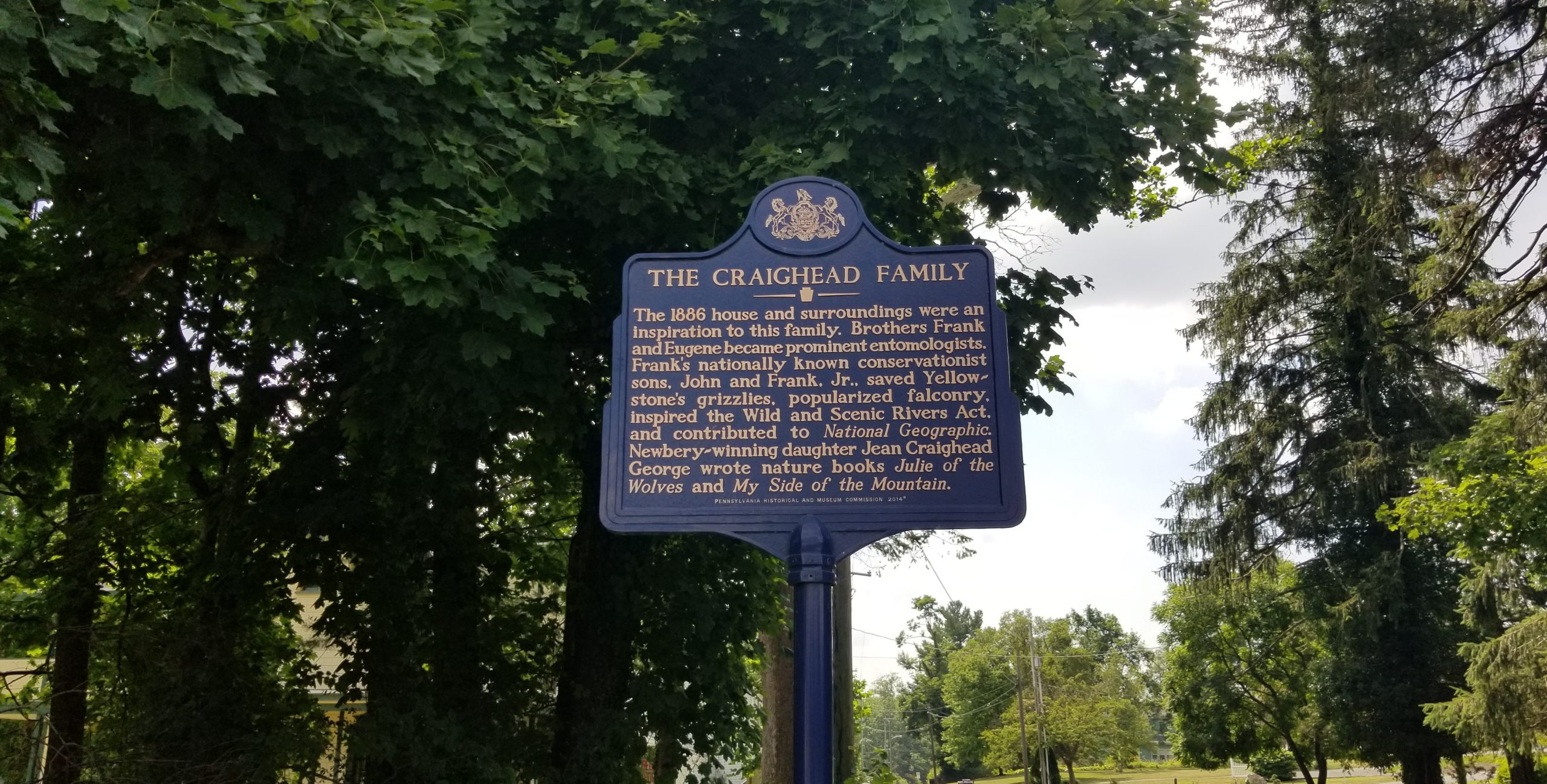 Craighead House is historic for its architecture, but more so for what happened within its walls and on its grounds. A bit of that history can be found in The Summer of the Falcon, an autobiographical novel by Jean… Read More

The Craighead House Committee Corporation was established to provide an educational and recreational resource that focuses on nature, literature, history, and respect for our environment as exemplified by the life’s work of the Craighead family of naturalists.